One aspect of the Admiral issue that has become of widespread interest to specialists concerns the marginal markings that appear on the stamp sheets. There are three general categories of markings that are to be found on the sheets that were printed:

This post will look at these in more detail.
Plate Inscriptions 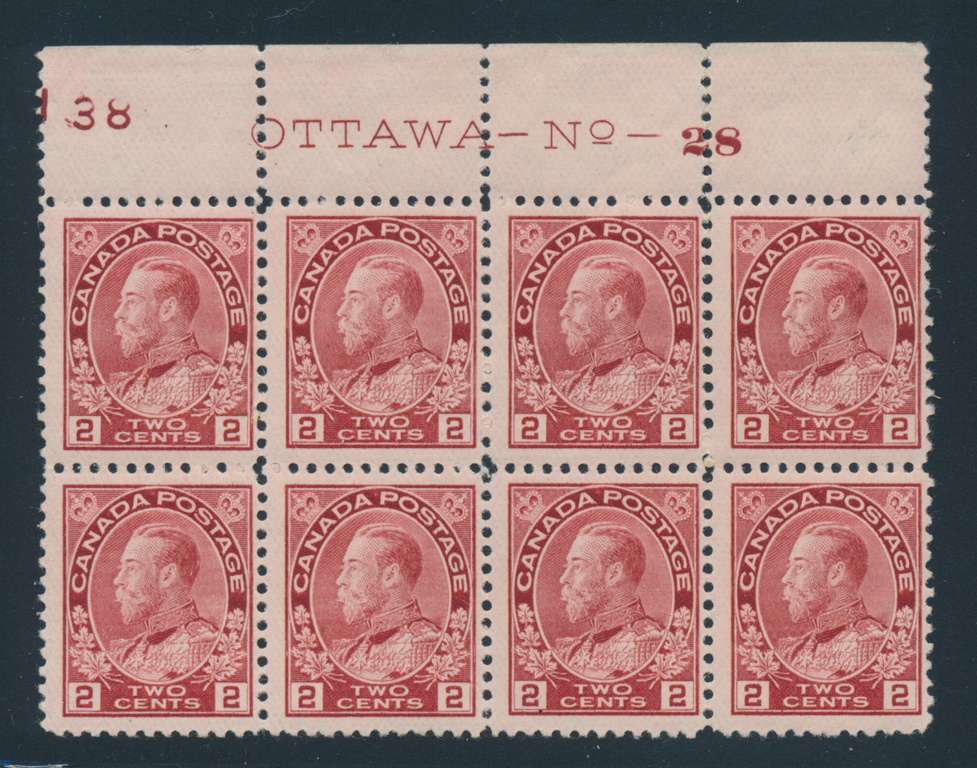 Early printing of the 2c showing the order number at left and the plate number at right.
Late printing of the 10c showing the print order to the right of the inscription.
Close to 200 different plates were used to print the low values and many plates were still used for the higher values. This creates the possibility of collecting either complete plate blocks of 8, or plate strips that show the full or partial inscription. Given the number of plates and shades to be found on each value there must be at least 1,000 different possible plate inscription pieces for the series. While there have been many very strong Admiral collections offered for sale at auction in recent years, I cannot recall any that came even close to completion in this area. Furthermore, this is an area for which the pool of available material is constantly decreasing, at least in the case of the well centered blocks, which are often broken up to supply collectors with very fine never-hinged singles. So it represents a huge challenge for the budding specialist.
The appearance of the inscriptions changed during the life of the issue and tracking these differences could be a project in itself. The earliest wet printings had he order numbers to the left of the Ottawa inscription, and earlier order numbers struck out. The plate number was in fancy coloured numerals as well, similar to the Edward VII issue that preceded this issue. By the time the printing method had changed from wet to dry, the appearance of the inscriptions changed from "Ottawa No." to "L.B.C Ottawa No. A #".
I do not know if it is possible to obtain a complete collection of all plate inscriptions, since no complete collections have been sold, but I would expect that with patience and determination, you should be able to locate at lest half of them - particularly if you are prepared to accept less than stellar centering, as most blocks and multiples are not well centered.
R-Gauge Blocks 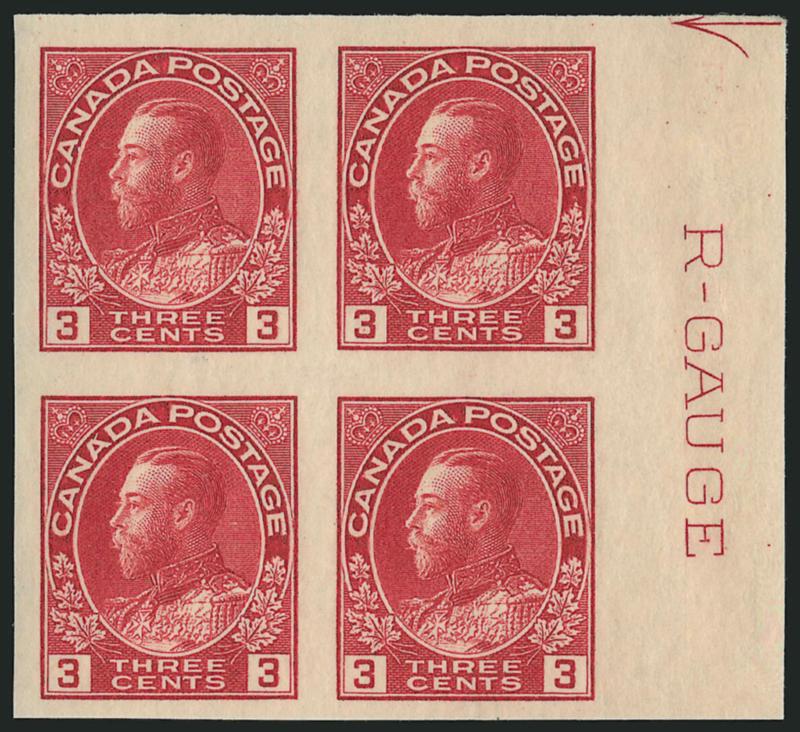 The R-gauge inscription is found in the upper side margins of certain values from the dry printings of the second colours. It is very scarce, and is always collected in blocks of four. It is usually found right below the arrow cutting guides. Unitrade lists this type of inscription for the following values:
For some reason these multiples are difficult to find well centered, with the result that Unitrade only lists most of them in fine condition. The 3c carmine stamps are an exception, where all three versions are listed in very fine condition. The 2c and 3c carmine are both very affordable, but the others are all very expensive, costing between $500-$4,000 each.
Pyramid Guide Blocks 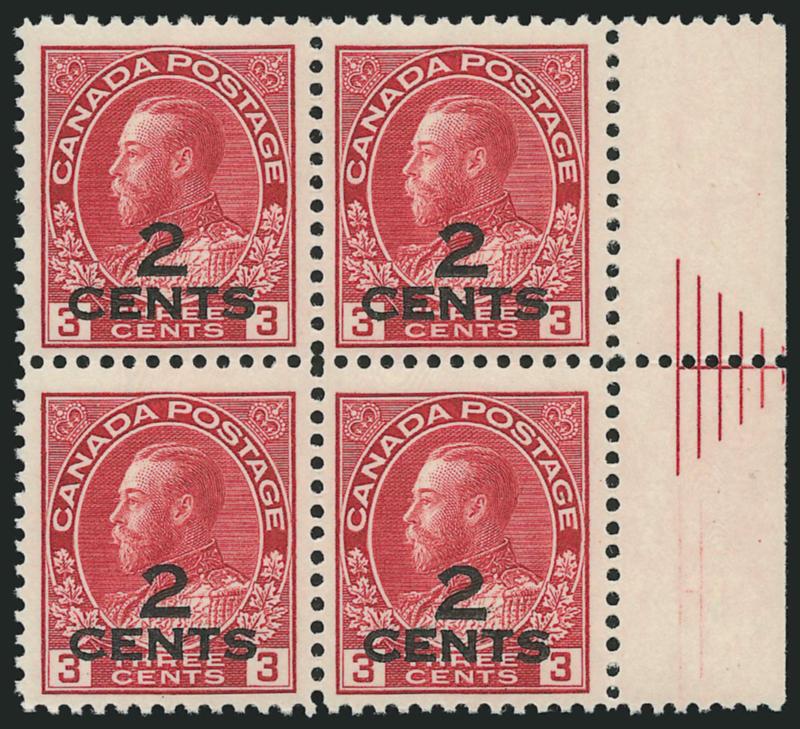