The Work of Harrison & Sons in the Production of Nigerian Stamps 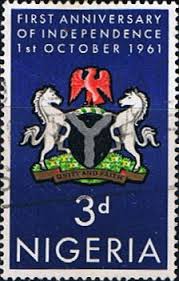 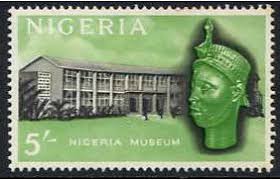 Harrison and Sons is a printing firm that first appears on the scene of British Commonwealth philately in 1928, when they were asked to print the stamps of Gold Coast. Their involvement in Nigerian philately does not start until just after Independence, when they produced the new definitive issue that was released in 1961, and remained in use until 1965. From this point, until the NSP&M took over the production of most Nigerian stamps, Harrison would produce nearly all of the commemorative postage stamps issued between 1961 and 1968, with only a few sets being printed by other firms in Israel and one by De La Rue.


They were masters of a new printing process called photogravure, in which printing is made from photographic plates. The British post office had been looking for ways to reduce the cost of printing postage stamps, and photogravure turned out to be an even faster and cheaper alternative to Typography. By the mid 1930's nearly all British stamps were being printed by Harrison. Despite this, they only produced a few Commonwealth sets in the period to 1961. After this, they became the premier printer of British Commonwealth stamps, producing nearly all the stamps printed by the Commonwealth up to the 1980's when Format and Walsall began producing many issues by lithography.

Their work has always been of a very high quality, with the screening dots of the printing being visible only under magnification. This produces designs that are very finely executed and detailed, with even subtle features like shadows being captured and reproduced accurately. Their design have a depth, sharpness and at the same time softness of colour that makes them very attractive for those collectors who like modern stamps.

Generally speaking, the stamps were printed in sheets of 60 stamps, being either 10 rows of 6 for the large horizontal format stamps, or 5 rows of 12 and 6 rows of 10 for the tall narrow stamps. The 1963 scouting issue was issued in triangular format and so the sheets were arranged in tete-beche format to form square pairs, which were arranged in five rows of 6 square pairs.  On the smaller definitives, the sheets are 120 stamps arranged in 12 rows of 10 stamps.

The sheets generally had an inscription, "Harrison and Sons Limited London" in the bottom margin, along with the cylinder numbers, which were located either in the side margin, or in the bottom margin. In addition, small solid squares, surrounded by a larger square for each colour used in printing were placed on the right margin, to the right of the last stamp . These do not appear until the later issues starting in 1965 and appear on some, but not all of the issues to 1968. On some sheets of the 1965 definitives these square markings appear in the top margin opposite the second stamp from the right. There are also some sheets of the 1965-69 definitive issue that can be found with the colours in a boxed series of dots resembling a set of traffic lights. The purpose of these markings was to enable the press operators to gauge the point at which the printing press would require more ink.

On the early issues, the cylinder numbers would appear in the bottom margin under the second last stamp. The inscription would appear underneath the middle stamps. There would be one cylinder number for each colour that was used in printing. Furthermore, there were upwards of two or three cylinders used for each number, so that one could find 1A, 1B and 1C, or 2A, 2B and 2C, or combinations thereof. The sheet number would be stamped in the top right corner of the sheet, and could be either in a sans-serif font, or in a classic serifed font. In the top margin, a small square printed in separate impressions of each colour appears above the middle stamp. A single punch hole would usually appear in the centre of the square. One or more elongated horizontal crosses would also appear, printed in several impressions, one for each colour. This allowed the press operators to see if the printing was out of registration. Generally, the sheets were guillotined apart where these markings appear, so they are not usually visible in the margins. However, occasionally one can see them.

There are several perforation types with all issues printed by Harrison as well that differ in terms of how far into the margins the perforations extend. On some issues, the perforations may extend all the way through one or more margins, while on others they stop where they meet the horizontal or vertical perforations, or they extend just one hole beyond the intersecting perforations. It would appear that the pattern of perforations may denote a situation where several panes were printed at once and guillotined apart. For example, one sheet of the 1961 1.5d definitives has selvage that is perforated through on the top and left margins, while the bottom margin is imperforate, and the right margin has a single extension hole. This pattern suggests strongly, that this sheet of 120 is the lower right pane in a larger sheet of 480 stamps. Usually, the sheets of 60 commemoratives will have one of the side margins imperforate, and one margin perforated through, while the top and bottom margins will either be imperforate, or have a single extension hole. This suggests that these stamps were printed in sheets of 120, divided into two panes of 60 stamps each. The perforations would be reversed for the tall, narrow stamps, where 120 stamps would be printed in two panes of 60, one above the other.

The 1963 Peaceful Use of Outer Space issue was printed in sheetlets of 12 stamps with a large decorative border. The cylinder numbers that have been seen are 1A and 1B. In addition, they were printed in two formats: one with the side margins imperforate, which is the more common of the two by far, and another in which the decorative border is perforated through on all sides.

An very interesting project would be to attempt to identify all possible cylinder number combinations and sheet number fonts. It will be a very challenging project because not very many sheets have survived.

The paper used by Harrison to print all issues is a medium chalk surfaced white paper, usually horizontal wove that has the watermark "FN" in single-lined, sans-serif letters that repeats throughout the sheet, so that on any given stamp there will be multiple impressions of the "FN". The letters stand for "Federation of Nigeria", and this watermark was in widespread use until the Nigerian Security Printing and Minting Company took over the bulk of stamp production in 1968. Generally, this watermark is only found upright, through recent discoveries have been made of inverted watermarks, like the 1961 one-pound definitive. I have never seen or heard of this watermark being found sideways, but to the best of my knowledge, there has never been a large scale study done of these issues, so with careful examination more discoveries will likely be made.

The gum used is a dextrine gum, often referred to as gum arabic, that has a very fine crackly pattern, is colourless, and often there are minute dull spots where the gum did not completely adhere to the paper. There is a bit of a sheen that can be compared to the sheen of satin, but it is not a particularly shiny gum.

The colours used by Harrison are very modern inks that were generally mixed with a great deal of precision. In addition, most of the issues that Harrison produced were short-lived commemorative issues with very limited print runs. Consequently we do not see a tremendous variation in shades with most of the stamps they printed. However, if we look at the 1961 definitive issue, which was printed by Harrison's over a four year period, we can spot a general trend in the ink colours. Generally, the inks of the first printings made in 1961 are brighter and more vibrant, and get progressively duller as the issue progresses. The differences are most notable with the following colours:

Emerald-green: The early emerald is both deep and bright. The colour becomes duller and milkier as time goes on.

Blue: The early blue is a bright steel blue, which becomes progressively greyer and duller as time goes on.

Dark green:There is a definite hint of blue to the early dark green. The green becomes greyer and duller as time goes on.

Orange: The early orange is bright and the later orange is duller.

That concludes my discussion of the work of Harrison and Sons as it relates to the production of Nigerian stamps. My next post will look at the work of the Nigerian Security Printing and Minting Company.