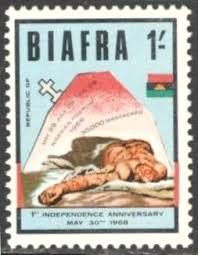 Today's post is the last in a series of posts in which I discuss the general characteristics of the printing work done by the various printing firms in the production of Nigeria's postage stamps. Although substantially all of the postage stamp production was carried out by six printing firms, there were a few other, lesser known firms that had a hand in producing some of Nigeria's stamps. I do not possess full sheets of the stamps printed by these firms, so I am not in a position to provide the same kinds of information as in the previous posts. However, I can offer some general observations about the characteristics of the papers and gums used, as well as the printing methods.

The firms and organizations involved are:

The Government Printer Of Israel

The Government Printer of Israel was involved in the production of four commemorative stamp issues between 1963 and 1965:

This concludes my discussion of the work done by different printing firms in relation to Nigerian stamps. I hope you enjoyed reading these articles as much as I enjoyed writing them.