This week, I explore the aspects of the next value up in the series, the 2d green. This had the most ornate design of all the stamps in the set, and in my opinion, this was the most beautiful stamp in the set.

In studying this stamp, I have identified four shades of the green ink that was used to print the stamps. It is curious to me that Gibbons does not list any shade variations for this value at all. The individual scans below show each of these shades more closely: 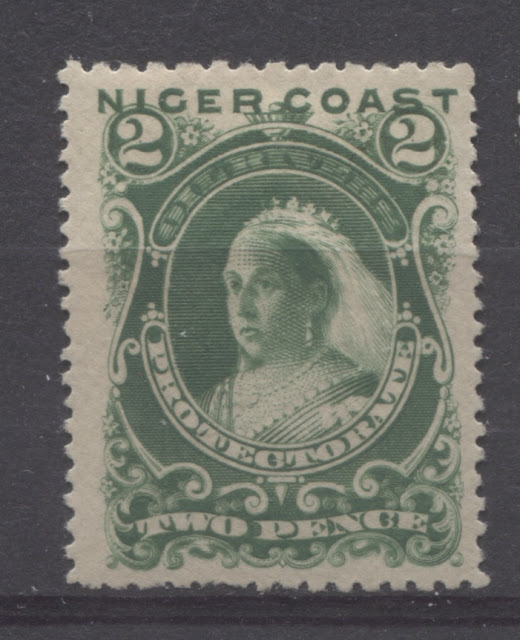 This is an almost exact match to the basic green shade on the Stanley Gibbons colour key. 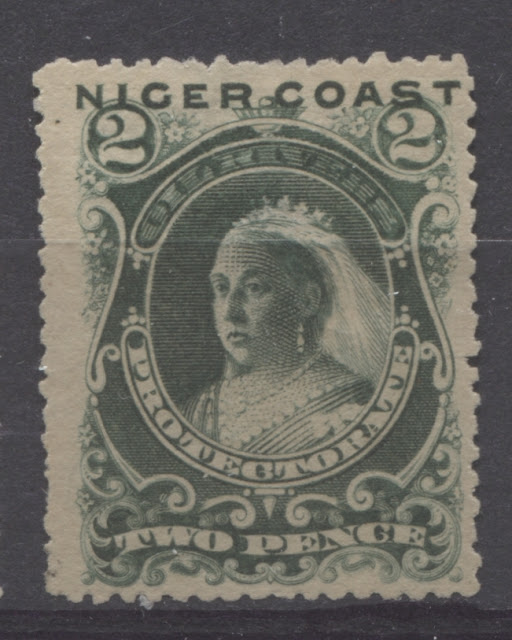 This is closest to deep grey-green on the Stanley Gibbons colour key, but contains a hint of olive. It is a very distinct colour that is completely different from any other examples of this stamp that is currently in my stock. 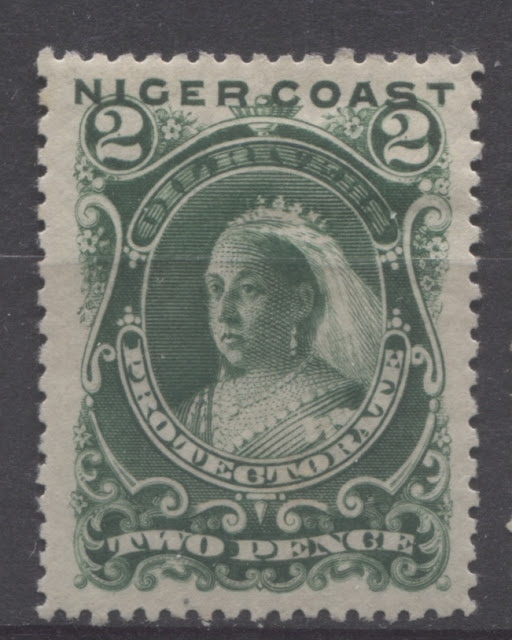 This shade is an exact match to Gibbons's myrtle green shade. 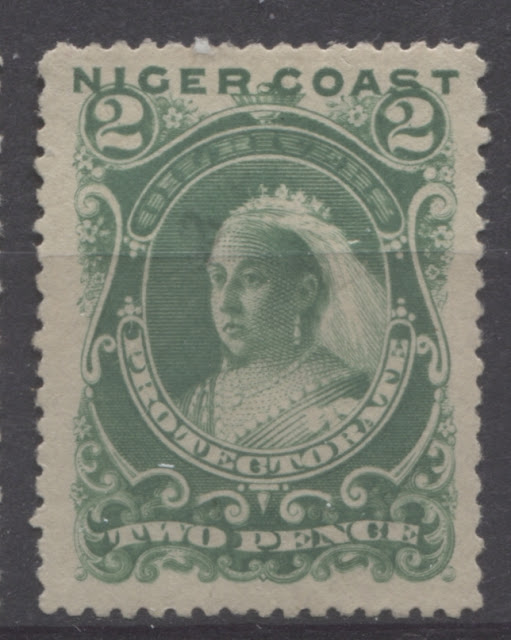 This is close to Gibbons's basic green shade, but is paler.
Paper and Gum
There is considerable variation in the paper used to print these stamps, as well as the gum that was applied. In terms of paper, the basic types are horizontal wove papers and vertical wove papers. Within each of these categories there are differences in opacity and in the spacing of the wire mesh upon which the pulp was placed during the paper making process.
Vertical Wove Papers
I have found four types of vertical wove paper, and three types of gum as shown in the scan below:

Three of these papers are somewhat translucent in that the design is visible through the back of the stamp. However, the paper on the right is opaque. The design does not show through, and you have to hold the paper up to a strong back light in order to see the mesh in the paper, which is spaced closely together. The gum is cream coloured, crackly and has a semi-gloss sheen. The two papers on the left bosh show coarse vertical mesh, with the spacing being slightly narrower on the left stamp. The gum is generally a light yellowish cream with a semi-gloss sheen. The third stamp from the left is on a paper that shows fine vertical mesh only when viewed through back lighting. The gum is cream coloured, semi-crackly gum with a semi-gloss sheen.
Horizontal Wove Papers
I have found two different types of horizontal wove paper on these stamps, as shown below:

The two end stamps are printed on paper that shows fine horizontal mesh clearly, even without the use of back lighting. The gum is a smooth cream gum with a satin sheen. The paper of the middle stamp is translucent, and shows coarse horizontal mesh. It has the same type of gum as the two end stamps.
Cancellations
The usual range of CDS and squared circle cancellations are found on this value, including two examples of the Benin River CDS struck in red.
Benin River 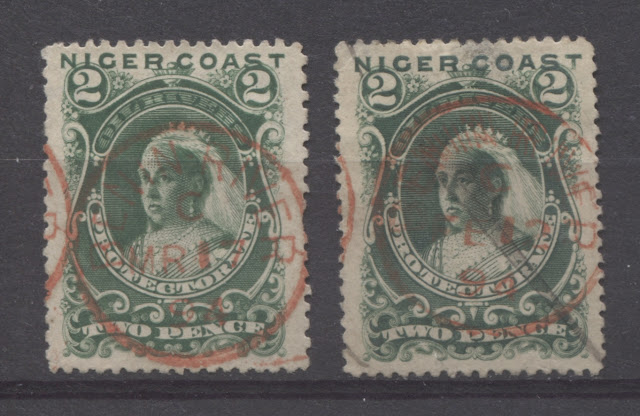 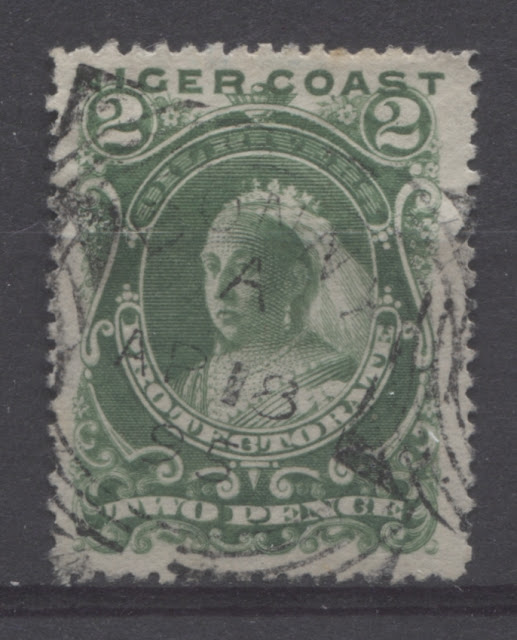 Here is an example of a squared circle cancellation, dated April 18, 1895.
Brass River 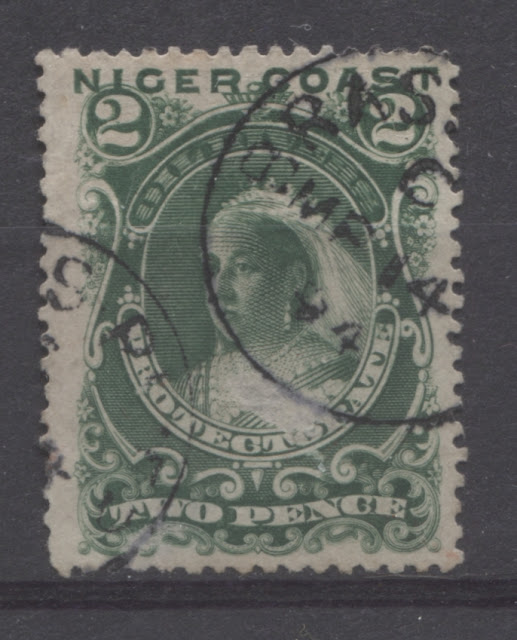 I only have one example with the Brass River CDS. The example shown above is time code C, dated March 14, 1894.
Old Calabar 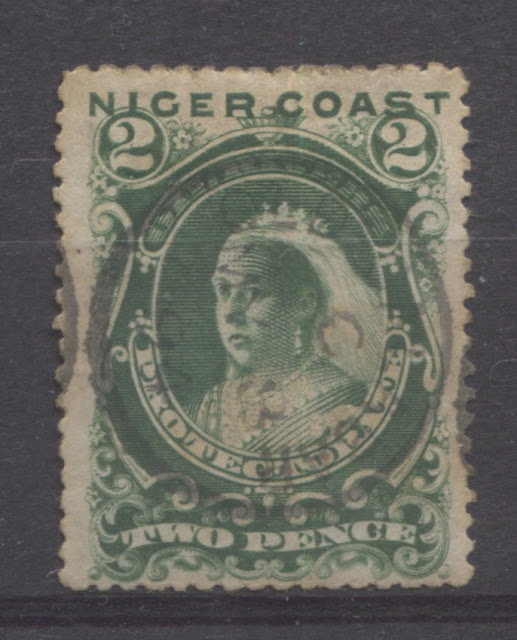 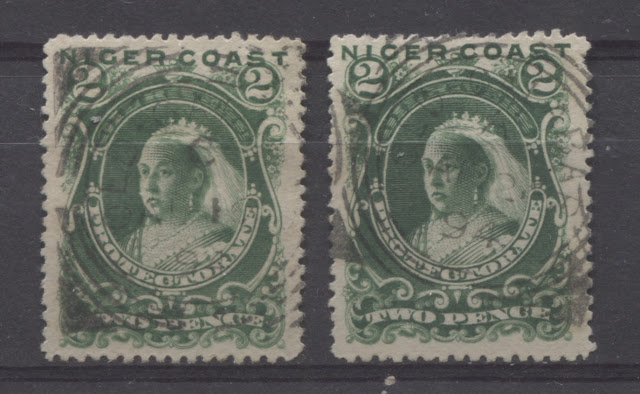 This is the most common cancellation by far. I have ten examples as shown above. All are time code A and most are dated in 1894. 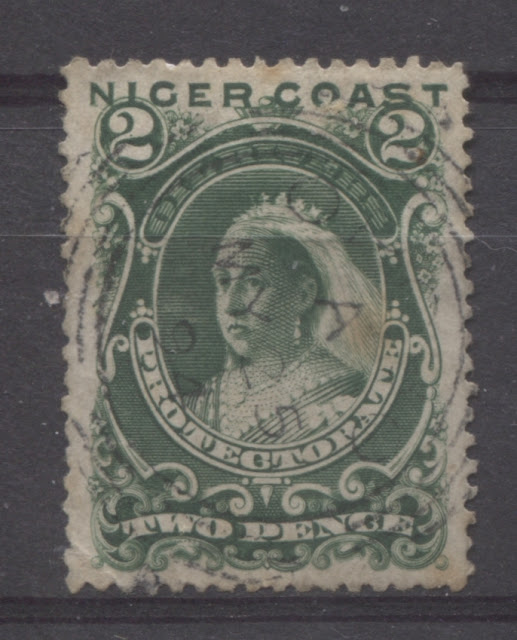 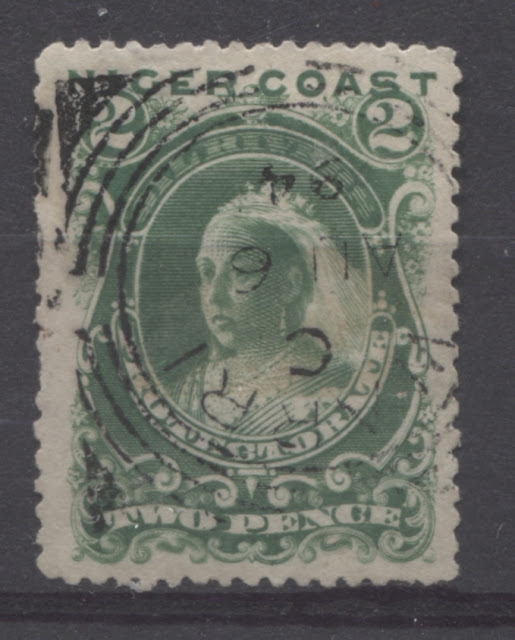 This is a less common cancellation during this time period, but is much more common after 1914. This single example is time code C, dated August 6, 1894.
Re-Entries and Plate Flaws
All of the stamps on the plate display the following characteristics, and so are not plate flaws:
The following plate positions can be identified by the characteristics described as follows:
The scans below show examples of all of these, except for positions 22 and 56:
Positions 12, 21, 22, 44, 32, 41, 43, 51, 52, 53 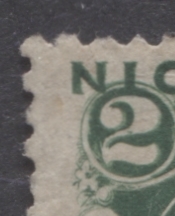 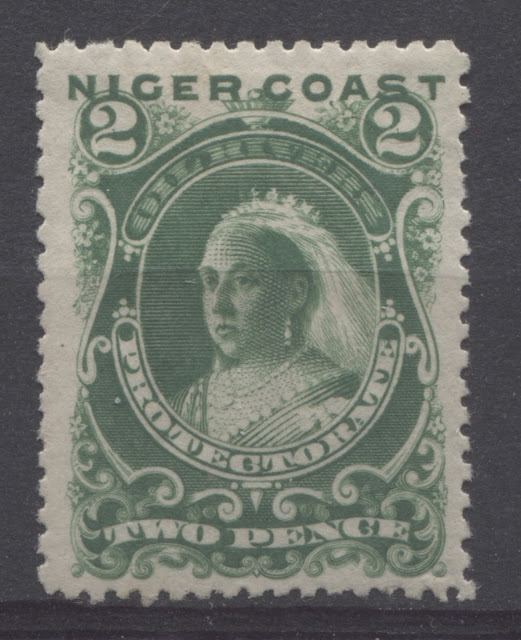 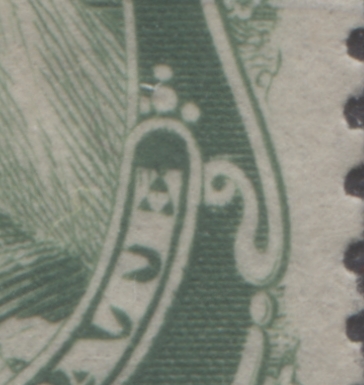 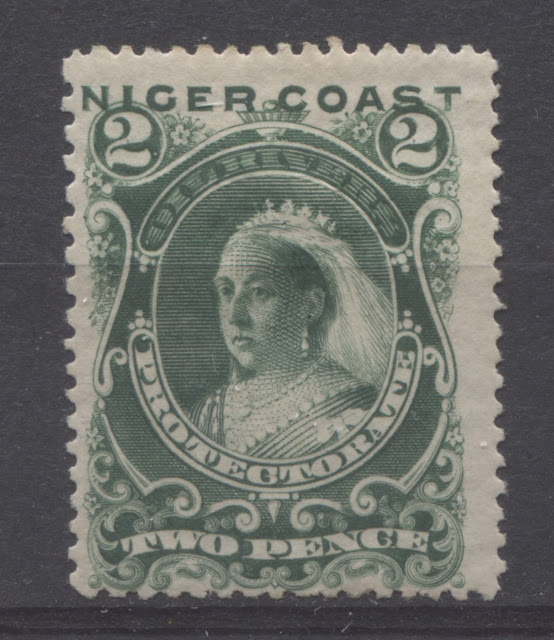 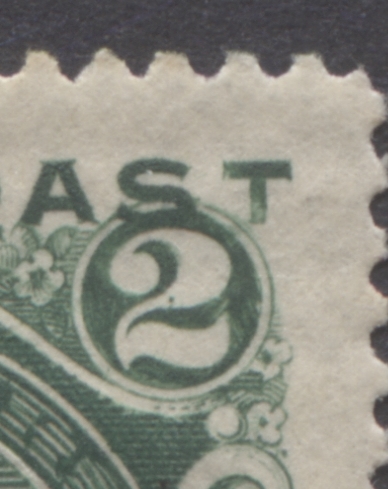 The right circle is clearly broken just to the right of the "S". and there is some faint doubling of the outer circle below and to the left of the "T".
Position 13 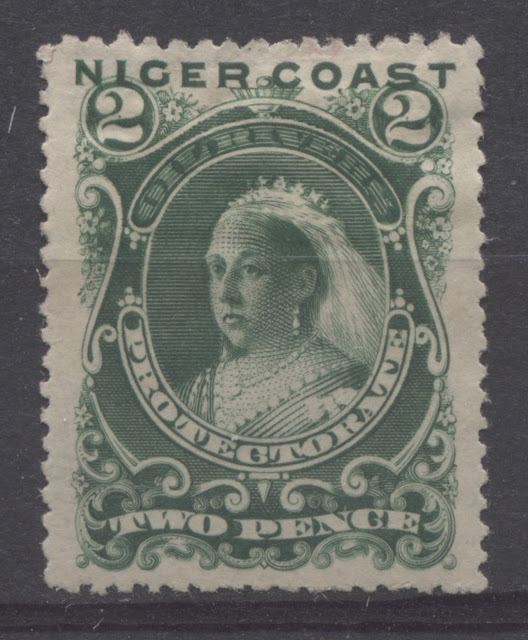 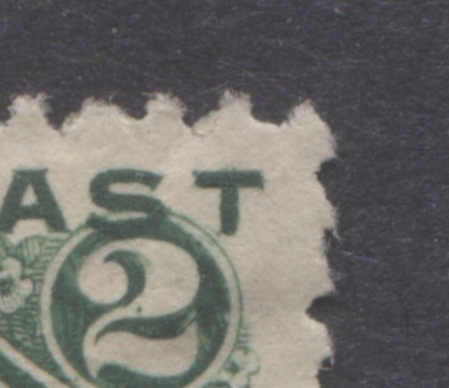 The dot to the upper left of the "T" is clearly visible, as is the diagonal hairline from the stem of the T, to the outer circle.
Position 17 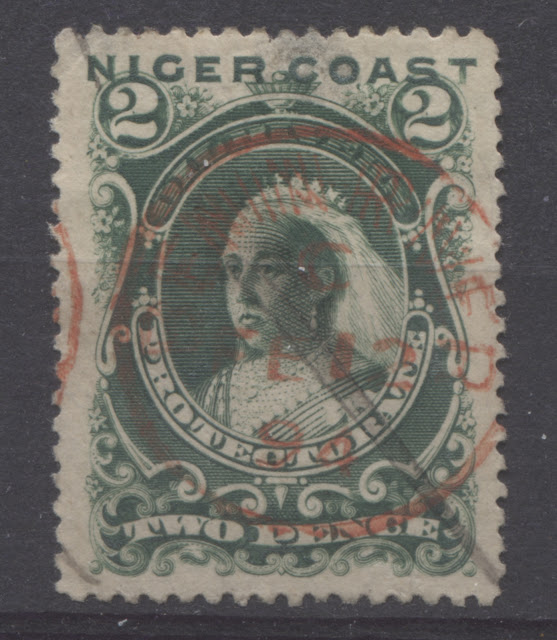 The additional line of colour inside the "P is almost invisible, but the three consecutive graver marks inside the top half of the "E" are clearly visible.
Position 21 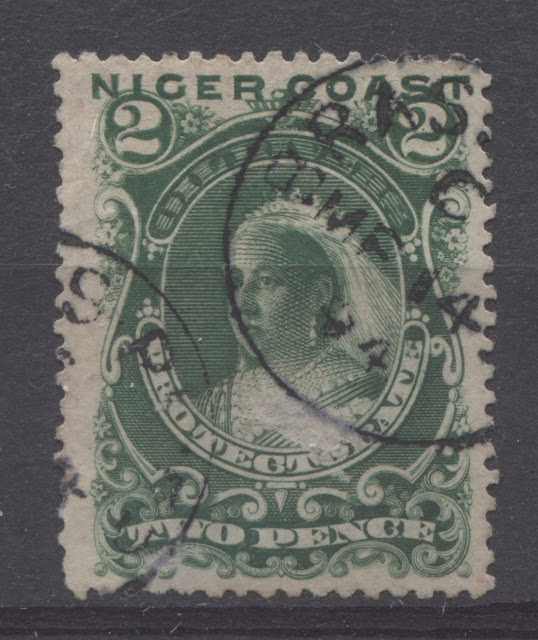 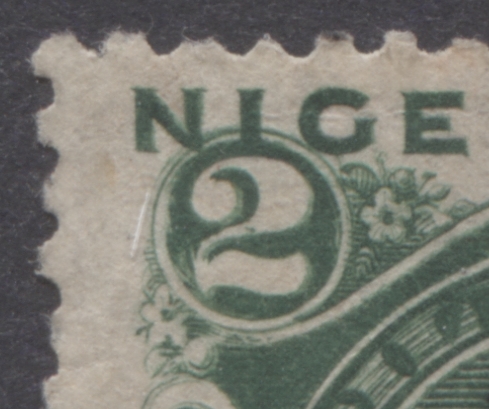 Here, we can see that the "2" is doubled, some of the shading lines near the flower ornament protrude into the white circle, and there is some doubling of the outer circle below the "N".
Position 46 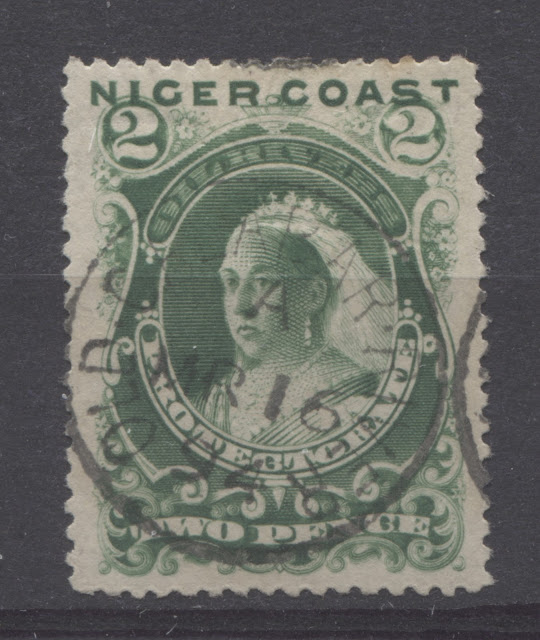 Here, note the large breaks in the outer circle at the left, as well as the almost complete absence of the circular framelines surrounding the right "2".
Position 60 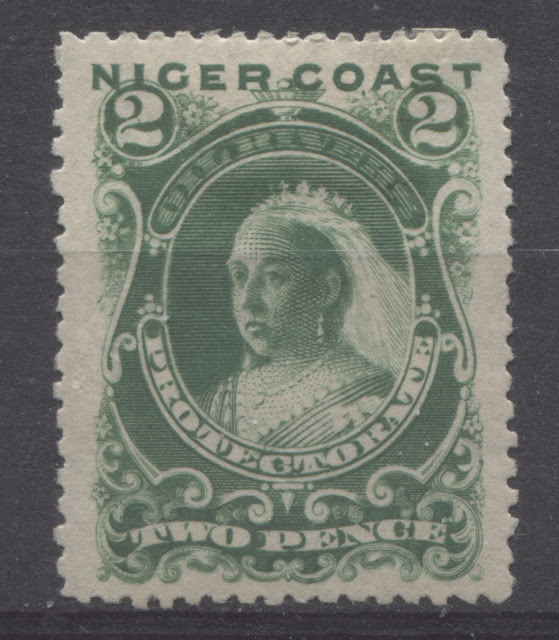 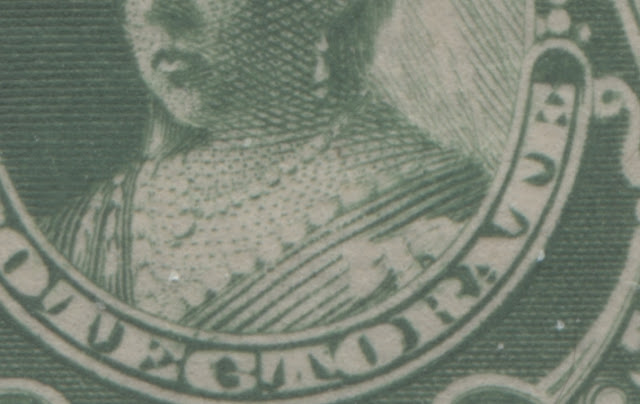 Note the vertical dash in the letter "T" of "Protectorate", and the additional line of colour on the curve below the final "E" of "Protectorate".
In addition to the above known positions, I have found three stamps that show similar plate characteristics, but are definitely not the same positions, either because one element of the required flaw is missing, or the flaw is entirely different.
The scans below show these three positions: 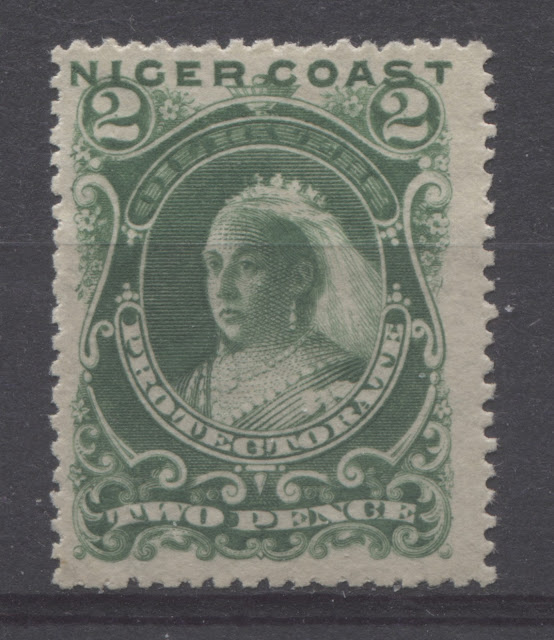 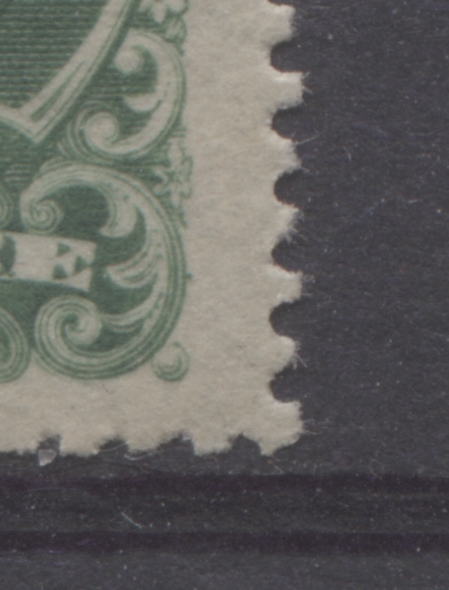 On this example, there is a very distinct dot of colour at the end of the lower right scroll. 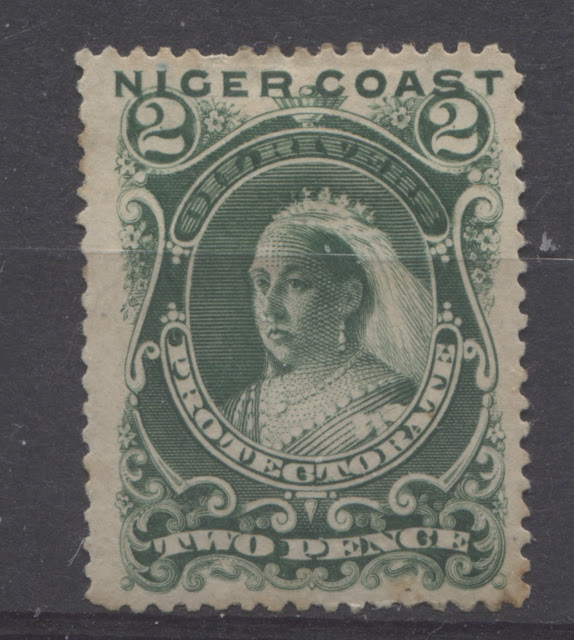 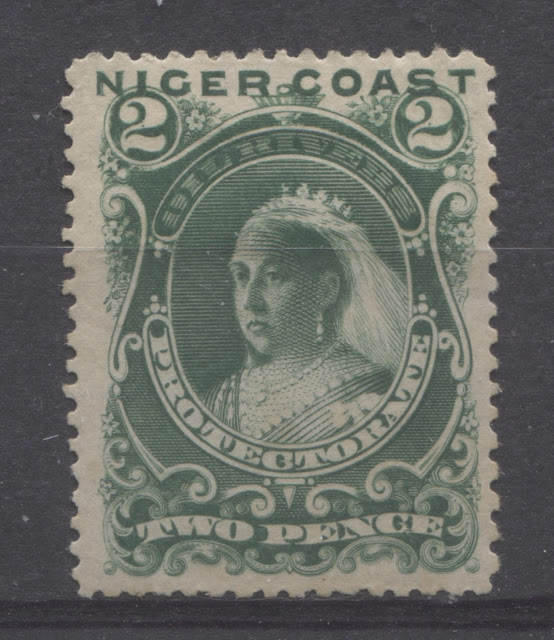 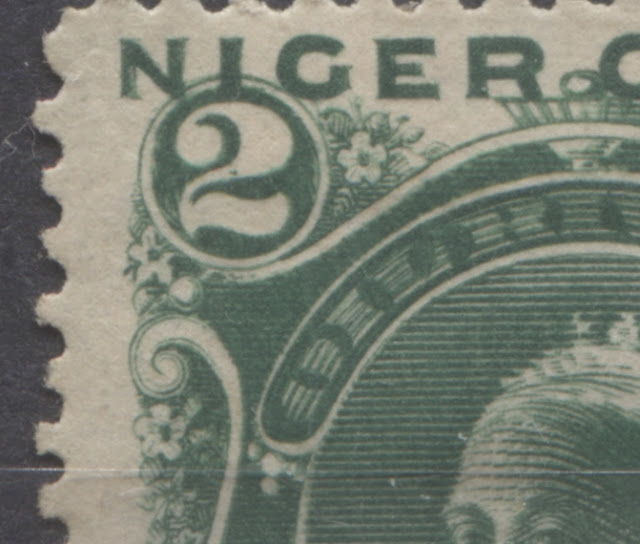 Here, the dot inside the left "2" is partially doubled, and the horizontal shading lines of the portrait medallion below "Oil" extend into the white oval surrounding the portrait.
This concludes the first part of my post dealing with this value. Next week I will complete this value with an examination of the perforations, and will begin on the 2.5d lake stamp.
Filed in: 1894 First Waterlow Unwatermarked Issue