The Lay of the Land - Other Issues Starting at 1935

I want to be really careful not to bore you all with technical details too early on. I have written a few posts now about two issues of stamps from this great country. But I think it is time to start showing all of you what else there is to Nigeria. So the next several posts will be a tour-de-force of the major issues that have appeared for this country since those first Queen Victoria stamps of Lagos. They will not necessarily be in order - I will present them, as I can get them scanned into my computer, and I want to mix up the presentation a bit so as not to be too boring.

The first set that I want to show you is the very beautiful Silver Jubilee issue that was released in 1935 to commemorate the 25th anniversary of King George V 's Accession to the throne. It is a very beautifully designed stamp showing the king's portrait next to Windsor Castle. This common design was produced for every colony in the empire, with each colony or territory employing its own colour combination. The combinations repeat several times, but there are many stunning stamps. The stamps were printed by all three of the major printing firms in London at the time: Waterlow and Sons Ltd., Bradbury Wilkinson & Co, and De La Rue & Co. Nigeria's set was printed by Waterlow.  the scans below show all four values in the set. It is worth noting that the stamp issuing policy at the time was that all sales of the regular definitives were to have ceased during the time that these stamps were current (approximately 6 months) after which time, the unsold remainders would be withdrawn and the sales of regular definitives would resume. 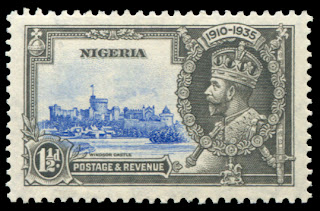 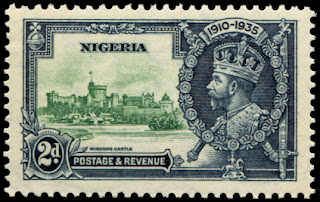 2d indigo and green - this stamp exists with many plate flaws that are eagerly sought after by specialists. 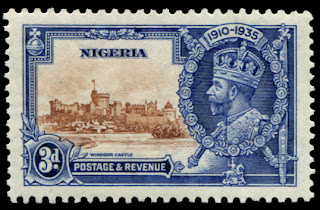 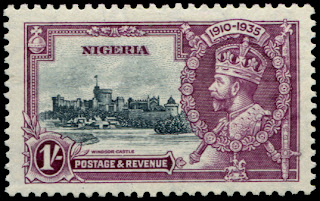 1/- rose violet and indigo.
In mint condition, this set is readily available, but I will bet that the print quantities on the 3d and 1/- values are probably quite a bit lower than one would expect. In NH condition, they are genuinely scarce, and used copies with nice registered cancels, used in period are very desirable and expensive.
The next set is a short lived, but very attractive pictorial definitive issue that came out in 1936, featuring a portrait of King George V in the upper corner, and a scene from Nigeria. The values up to 1/- were all printed in a single colour, but the higher denominations were black and a second colour, giving rise to some really gorgeous designs. Interestingly George V was already dead when these stamps appeared on February 1, having passed away on January 20. So, in reality this is really an Edward VIII and George VI set, that was in use for a little over 2 years, from February 1, 1936 until the King George VI set appeared in May 1938.
There were 12 stamps to this set, and examples of the low values are plentiful, as are the 2/6d and 5/- in mint condition. Nice used examples of the high values however, are a real prize indeed. I'd love to see some covers with the high values, but I never have seen any yet.
The scans below show all the values of the set. 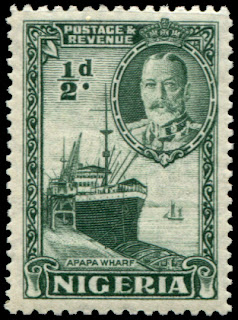 A contemporary picture of the wharf as it would have appeared when the above stamp was issued.
A modern day shot of the wharf - not much has changed in nearly 80 years! 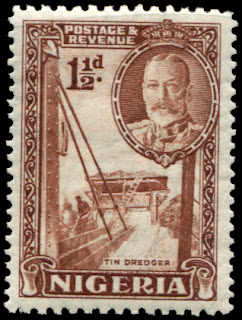 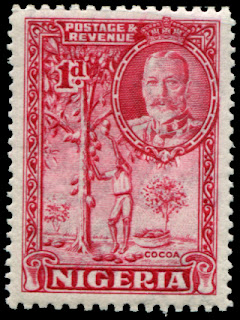 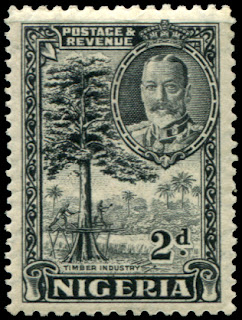 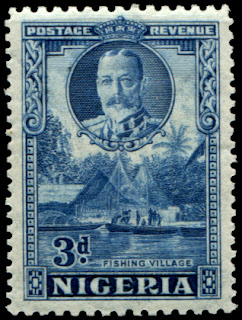 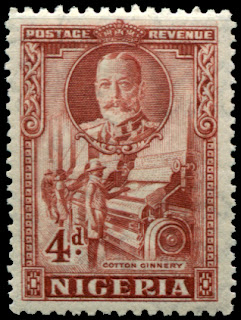 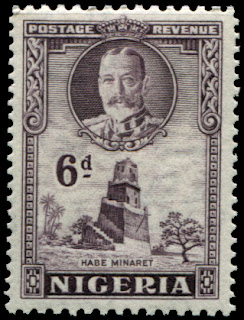 6d Habe Minaret - Deba Habe is one of the larger trading towns located in Northern Nigeria. It is ruled by the Fulani peoples. The Fulani are Muslims, so the minaret above is part of a mosque, which is the Muslim place of worship. 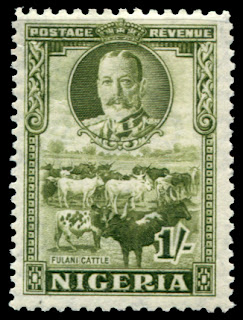 1/- Olive- green - Fulani Cattle. The Fulani peoples were historically a nomadic people, who made their living raising cattle. 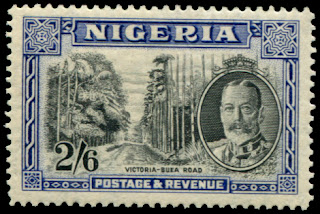 2/6d - Black and ultramarine - Buea Road, Victoria, in what is now Cameroun. Prior to 1961, the Western Cameroons region was ruled by British Mandate. Victoria was the capital city of this region, and most of the mail that originates from the Cameroons is postmarked in Victoria. in 1961 a plebiscite was held in which the people of the region were permitted to choose whether to remain a part of Nigeria, or whether they wanted to join Cameroun. They opted for Cameroun. The images below show the road as it appears now in Kumba. 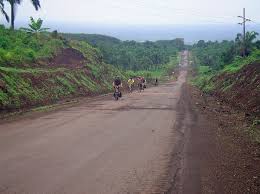 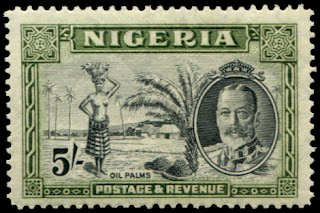 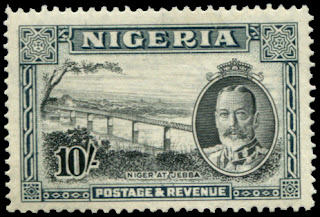 10/- Black and slate - The river Niger at Jebba. This bridge joined Lagos in the south, to Kano in the north, and was built for rail cars in 1910. The images below show the railway bridge as it appears today. 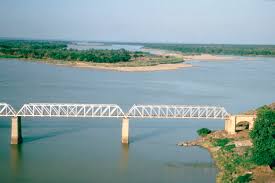 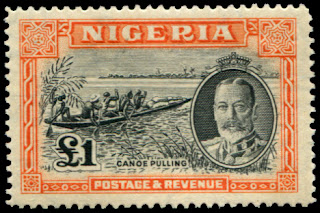 One pound orange and black - canoe pulling.
My intention for the next several posts is to show you more of these sets from Nigeria and then I can begin to go into more detail about why collectors find them interesting.