After many, many weeks spent looking at the Queen Victoria issues of Lagos in detail, we come to what is arguably the most challenging of all the Queen Victoria Issues of Lagos: the Crown CA issues of 1887-1903. With most stamps of the colony being supplied on an almost quarterly basis and a period of nearly sixteen years between 1887 and the appearance of the King Edward VII issues in 1903, this means that there could be well over 40 different printings of many of them. The issue then becomes: is it actually possible to sort these printings and identify each one, and if so, how do we go about it?

Fortunately there are many clues at our disposal and tools of logic that we can use to break the task down and make it more manageable.

You have already been introduced to the 1/2 green and 1d carmine stamps, which continued to be printed during this period, but it would be appropriate to introduce the remaining values that were issued to replace the monocoloured stamps of the previous issue. I will then discuss some of the attributes of the stamps that can help shed some light on when the various printings were made, and how these can be utilized to break the sorting of these stamps into a manageable task.

The Stamps, Issue Dates and Quantities 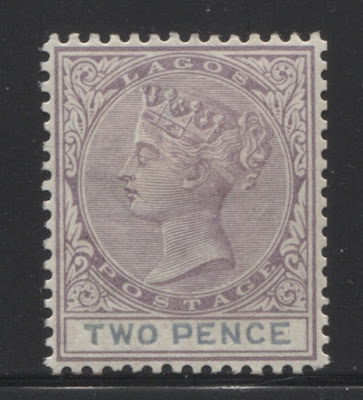 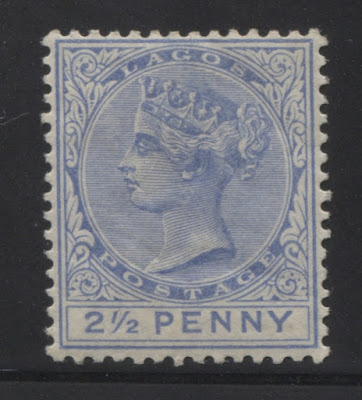 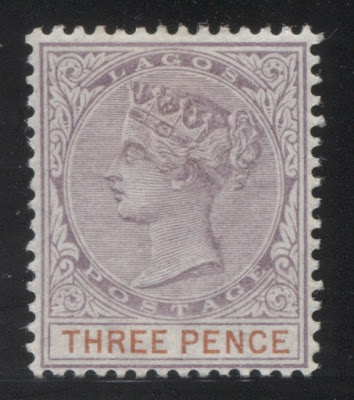 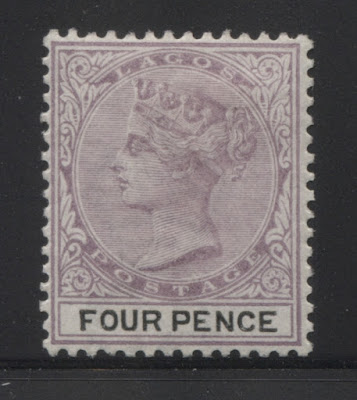 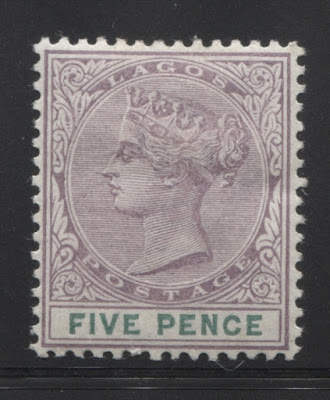 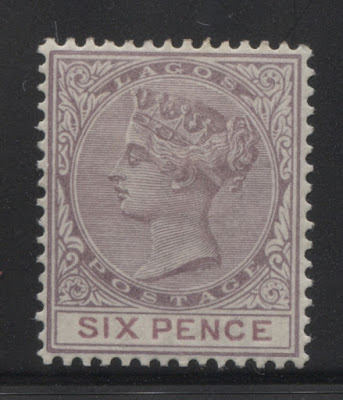 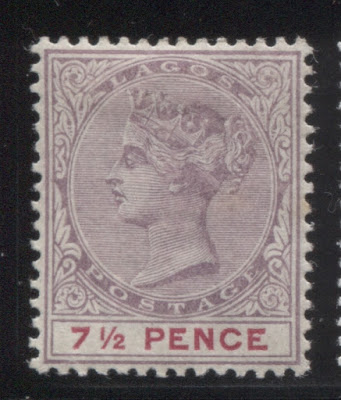 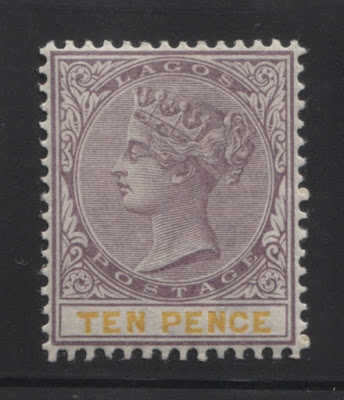 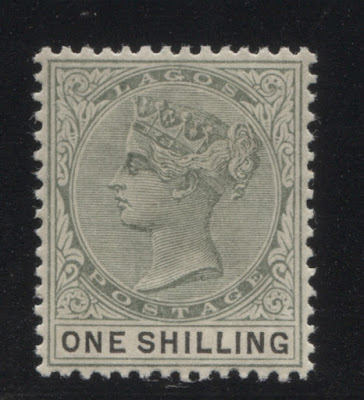 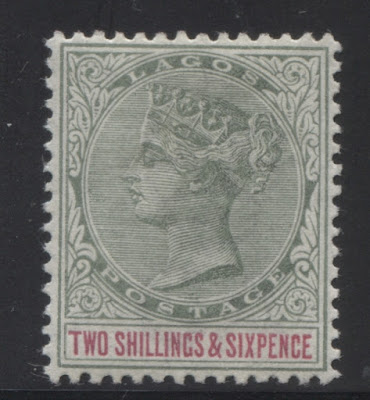 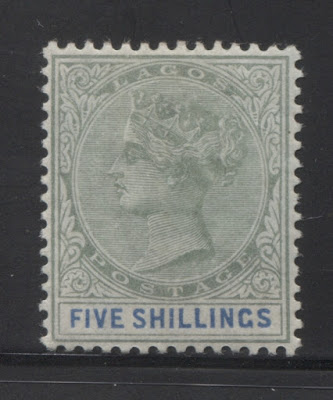 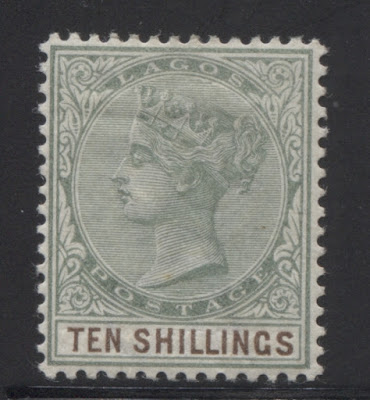 10/- green and deep violet brown.
First dispatch - March 31, 1887.
Last dispatch - August 19, 1901
24,720 stamps sent.
13,620 remainders destroyed.
Net issue: 11,100 stamps.
As you will have noticed from the above dates, not all of these stamps were issued at the same time. Therefore, it becomes possible to divide the near 16 year period from 1887-1903 into shorter time periods which can be studied more carefully. The stamps issued after 1887 are:
Thus, if we can identify characteristics bout these stamps that are related to when they were printed, we can use or knowledge of their characteristics to identify other stamps from the series that were issued around the same time. So we could potentially divide the period from 1887 to 1903 into the following sub-periods and study each one separately:


Plate Wear and States of Plate 1 and 2

Of all the characteristics that are of use in helping sort the printings, the degree to which the plates wore is probably the most useful, as a single plate, plate 1, was used to print all the stamps until late 1900, when it was retired. It was replaced by plate 2. Thus, as the printings progressed, the degree of fine details visible in the design, got to be less and less until by late 1900, the printing impressions were very coarse. Then, after plate 2 was introduced, the printing impressions become super crisp and detailed again, which is how we can identify printings from those plates.

By the end of 1886, plate 1 is just beginning to show the very first signs of wear. But to understand what different degrees of wear look like, one has to begin looking at what the unworn plate looked like. Thus stamps from plate 2 are our starting point. 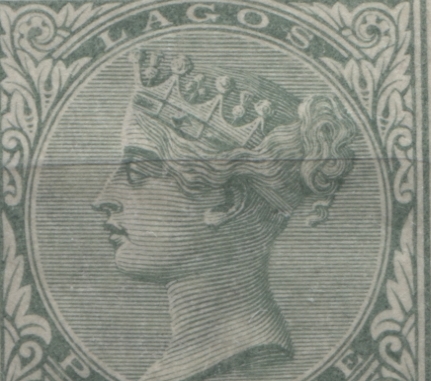 Here is a close up of the vignette of a 1/2 green from plate 2. The whole appearance is crisp, with no merged or blurred lines. Specifically: 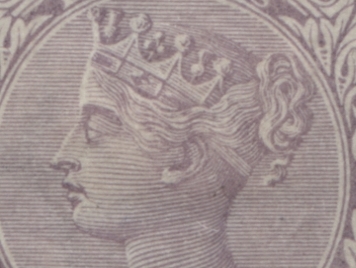 The above scan shows an example of what plate 1 looked like towards the beginning of 1887, when it was showing it's first signs of wear: 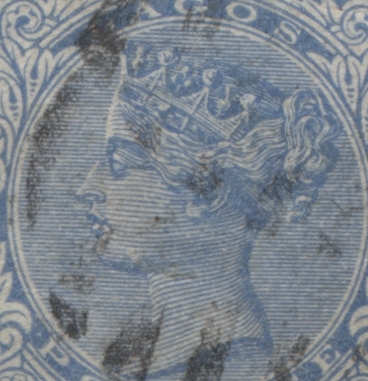 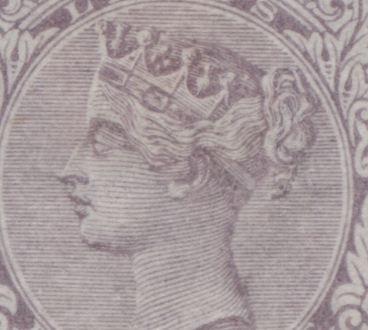 The above two scans show what I call the intermediate state of the plate. This is the state that the plate was in when the 3d was issued in December 1890 and the 2.5d was issued in April 1891. The overall impression is even coarser than before and specifically: 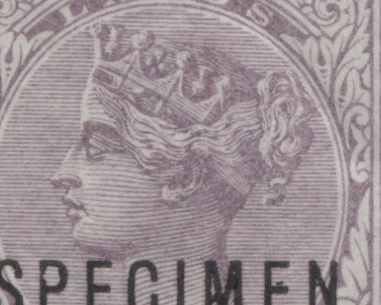 This is the state of the plate when the 5d, 7.5d, and 10d stamps were issued. This is similar in apperance to the intermediate state, but now the wear has progressed to the crown itself, with the shading lines in the lower part of the crown being almost completely merged together in one solid mass of colour. The other area on which the wear appears is the hair at the back of the head above the diagonal ribbon. In the intermediate state, there is still some detail visible, but here, it is almost completely gone, with the patch of hair appearing as one solid mass of colour.
Late State - 1898-1900 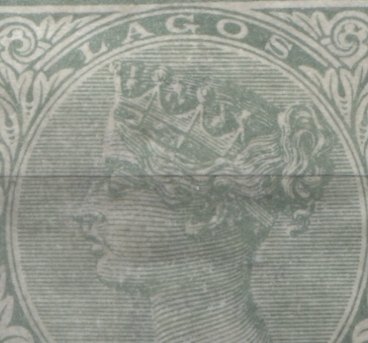 This is the last state that we see plate 1 in. The appearance of the printing is very coarse now, with visible breaks in shading lines throughout the design. The amount of detail visible in the design is similar to the late state, but it all has a much coarser appearance, and is very distinct.
So it is by looking at what state of the plate a stamp corresponds to that will be of the greatest help in helping decide what period to assign the printing to. The shades of the head plate and duty plate will be useful in separating one printing from another, but they won't really help assign a printing to a specific date, or date range.
Cancellations
The next most useful characteristic that will help assign printings are the cancellations. One thing that must be borne in mind though, is that the green and lilac inks were doubly fugitive, which means that they run when exposed to water. So unless used stamps were floated very carefully off the envelopes to which they were affixed, most will have head plate colours that have faded. The duty plate colours will not fade though, so when sorting we have to keep in mind that the head plate colour may not necessarily be uniform in the stamps of a group assigned to a particular printing.
There were some cancellations in use during this period that did not make their appearance until after 1887, while others ceased to be used before 1903. In this regard they can help narrow the range of dates to which a particular printing can be assigned down.
The following cancellations were in use during the period:
Approach to Be Taken In Sorting This Issue
So now that we have discussed the different states of the plate and the cancellations, it is appropriate to outline a game plan for tacking the different printings of this issue:
So this outlines the approach I will be taking in the next several weeks as I go through the various printings. Next week's post will be about the plate 2 printings made between August 1901 and 1903 when the stamps were replaced by the King Edward VII issues.
Filed in: 1887-1903 Lagos Crown CA