Finally ready to get going!

I can't believe that I let this blog die before I even got started. It's been almost 2 years since I posted anything and I attribute this to being busy, but also my perfectionism, which meant that everything had to be just so. So I never got around to posting.

Today that changes. I made a commitment earlier this month to make a presentation to the West Africa Study Circle next fall. What this means is that I will have a year to finish the work that I am doing on two major definitive issues of Nigeria.

So I guess the best place to start is to post some images to show the stamps that I am currently working with and then I can describe some of the nuances that I am studying.

The first set that I am working on is also the oldest. It is the Queen Victoria surface printed definitives that first appeared in 1874 and were in continuous use until they were replaced by the stamps depicting Edward VII in 1904. Below are some images of the stamps in this series: 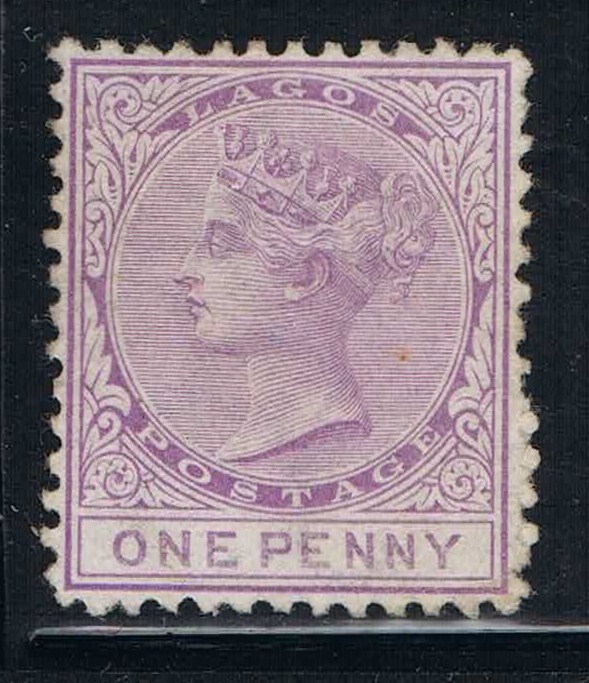 This is Nigeria's first stamp, issued in 1874. The first series of these stamps, which were in use until 1876, were line perforated 12.5. They were printed in two operations from two plates; one being used to print all parts of the design except the words of the face value. In addition to the 1d lilac shown above, there were five other denominations: a 2d blue, a 3d chestnut, a 4d carmine, a 6d green and a 1/- orange. The paper on these first two series was gummed with a very thin, colourless and matte gum. Most unused examples of these stamps are found either without gum, or they have been regummed. Original gum is not often seen.
Many times on these issues, the value was printed using a separate batch of ink from the rest of the design, so that examples exist, which show two different colours. I will illustrate these in a future post. This 1d, as you can see was printed entirely from one batch of ink, as were the 3d and 6d values illustrated below. 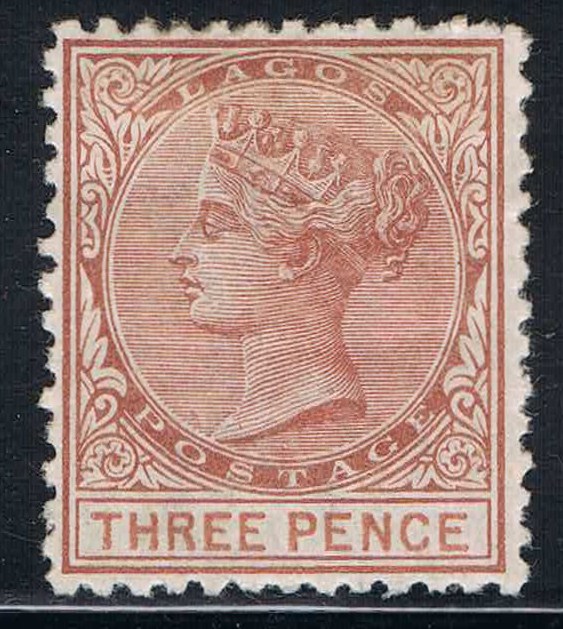 the 3d Chestnut from the same series issued in 1875 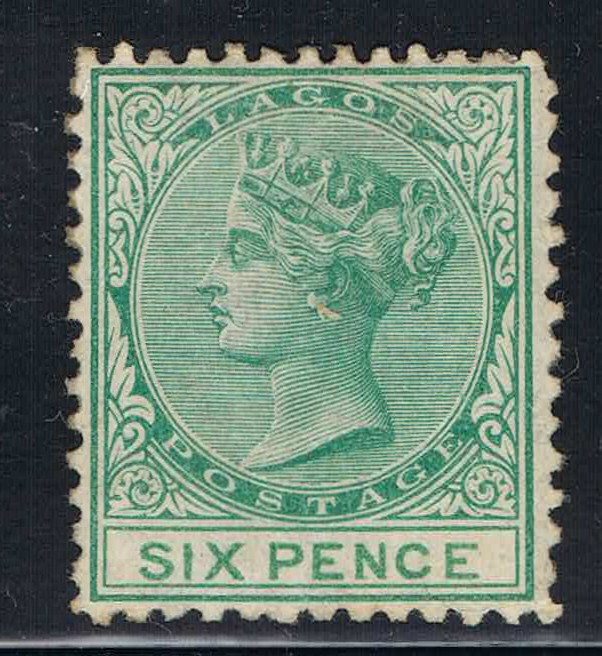 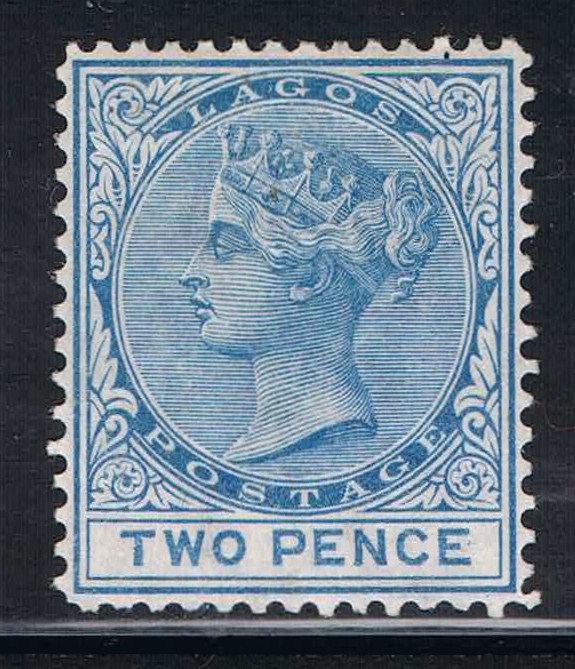 The 2d blue from the second series that was first issued in 1876. This differed from the first issue only in the size of the perforation. This stamp is perforated 14, whereas the two stamps above are perforated 12.5. Both the first and second series were printed on paper watermarked with a crown above the initials CC, which stood for "crown colony". 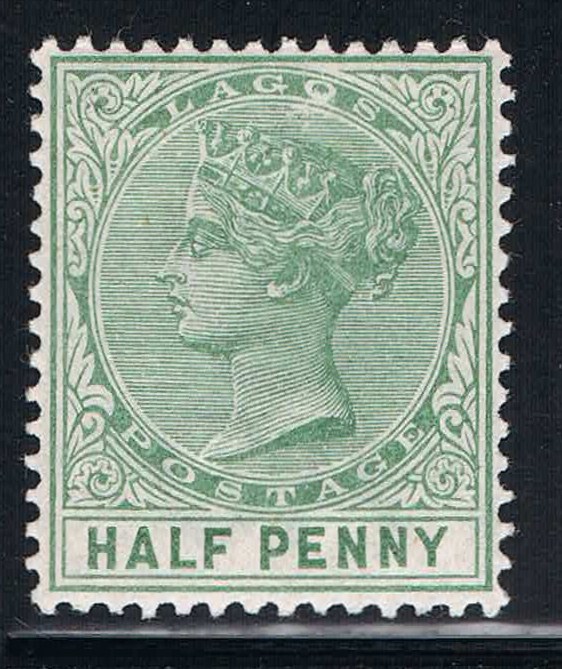 Starting in 1884, the Crown Agents became the suppliers of all colonial stamp issues. Consequently the watermark on the paper changed from a crown over the initials CC to a crown over the initials CA, which stood for 'Crown Agents". Initially the same colours were used for this third series, but by 1886 some colours were changed, and some denominations were added. Until 1887, the designs continued to be monocoloured and then in 1887 the bi-coloured issues appear, in which the colour of the words of value is completely different from the remainder of the stamp. For these last issues, the main colours were either shades of lilac, or shades of green, similar to the British stamps in use at that time. This halfpenny value was in continuous use from 1884 until it was replaced in 1904. There were numerous printings and consequently many variations in the shades of green are found.
The gum on the crown CA issues was initially a creamy gum that is reasonably thick and visible. Occasionally it is found toned from exposure to the tropical climate in Nigeria. Later, the gum becomes thick, white and shiny. 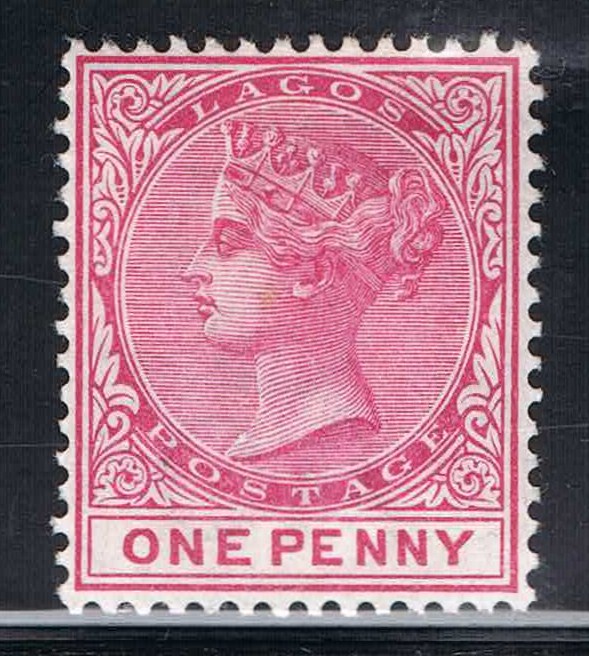 The 1d value colour was changed to carmine in 1886, and it remained so until the stamps were replaced in 1904. Again, there were many printings, and many shades. However, printings made prior to 1890 are scarce. Most of the mint stamps found today were printed between 1898 and 1903. 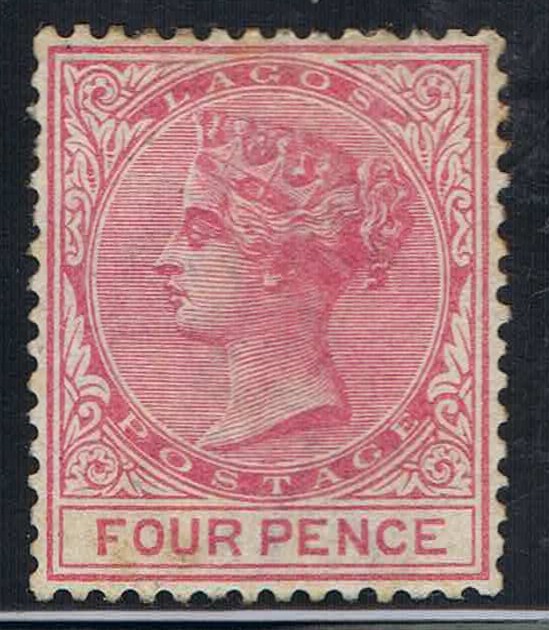 The 4d rose with the crown CA watermark from 1884. 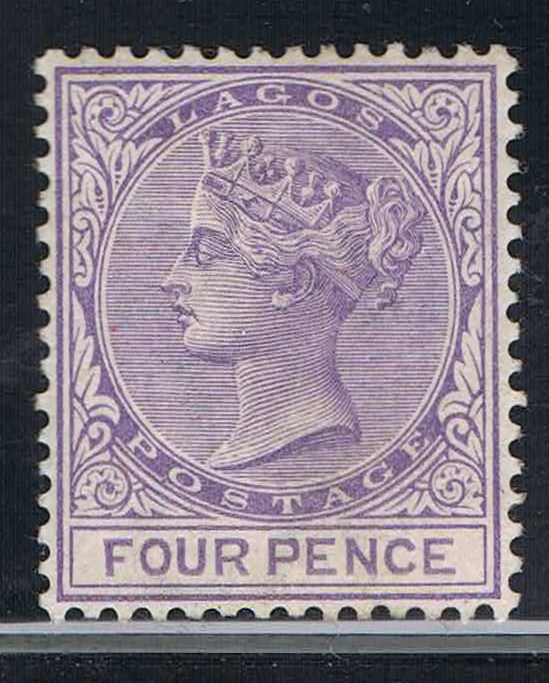 The 4d value was changed to violet in 1886. The violet colour is found in several shades, which vary in the amount of red and blue found in the mix. The above is one of the colder violet shades found. 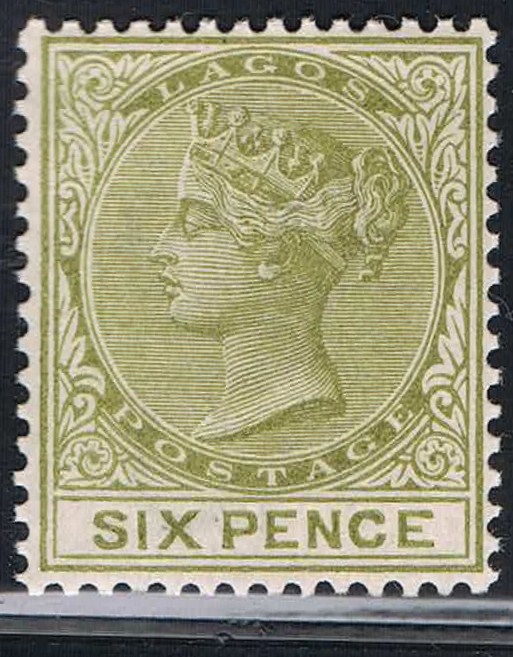 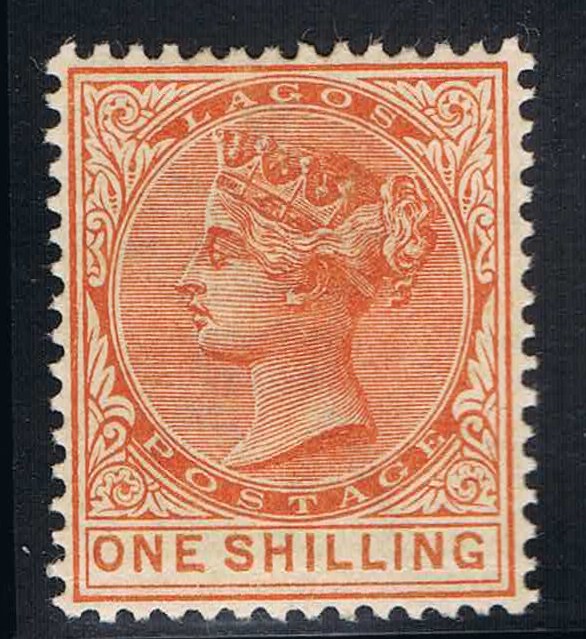 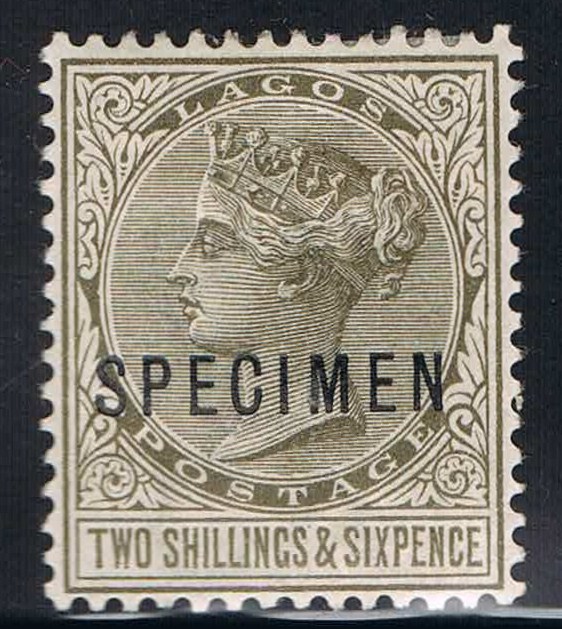 The 2/6d olive black was issued in 1886, along with the 5/- and 10/- values. These stamps are all very rare, with only 900 of the 2/6d being printed. The above example is a specimen that was so marked for distribution to the Universal Postal Union, so that other countries postal administrations could tell that they were valid stamps. The high values in the single colours were only in use for a year or so before the bicoloured green designs replaced them. 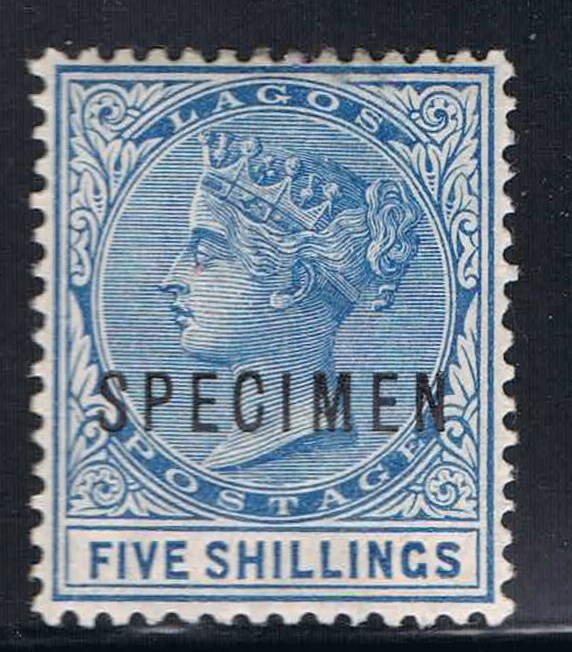 My next post will present more stamps from this issue and will describe some of the interest that lies in the collection of this issue.