The Historical Issue of 1927 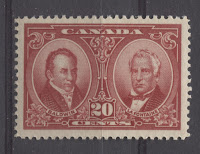 20c carmine La Fontaine and Baldwin
7,632,000 issued
Paper and Gum Differences
In common with the later dry printings of the Admiral Issue, both this and the Confederation Issue can be found with two different types of paper:
1. A white opaque wove measuring 0.004"-0.005" thick that shows no visible vertical or horizontal mesh. The gum on this paper tends to be a thicker cream gum that is quite shiny and streaky in its appearance.
2. A white paper that shows a very fine vertical mesh on the back. The gum on this paper is also cream in colour, but instead of being shiny and streaky, it is smooth, and satin in its sheen.
I have not done a comprehensive study to identify which values can be found with which types of paper and gum, but I would expect that all values of both sets could probably exist on both types. The following scans illustrate the differences: 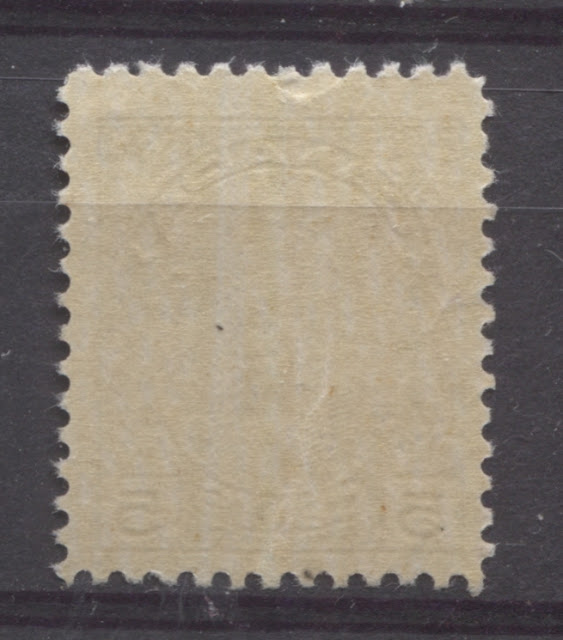 Here we see the thick opaque paper that has cream gum that shows clear streaks. 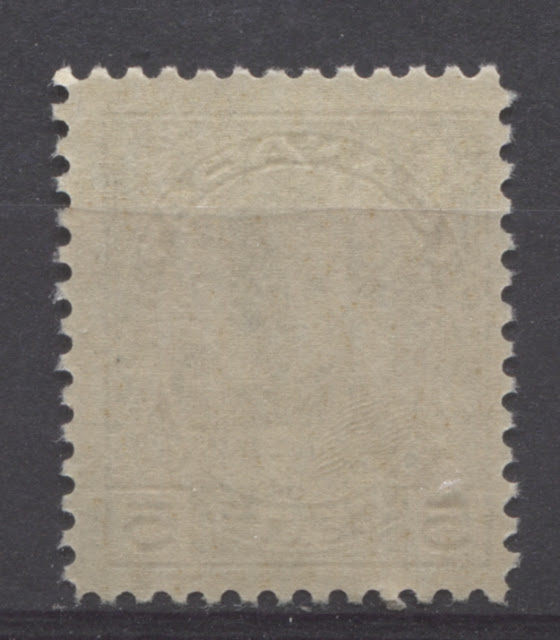 The paper shown here does not show obvious mesh - you have to look hard to find it in places, but the paper is clearly thinner and more translucent compared to the paper above. The gum is also different, being completely smooth.
Shades
In handling many, many examples of these stamps over the years, I have noticed that all three of the stamps exhibit shade varieties. Again, these are probably best collected in blocks to highlight the differences. I have come across the following shades, as named in the Stanley Gibbons Stamp Colour Key:
There may well be one or two other shades that I have not identified, but the above list should give a pretty good representation of what exists.


Plate Flaws
I am aware that like the previous issue, the stamps of this issue can be found with plate flaws, though I have not seen any. Many of these were identified by Hans Rieche in one of his long out-of-print handbooks.
Plate Blocks
There were two plates used to print each value: A1 and A2. On the 5c, the inscriptions appear on the upper right and upper left corners of the sheet. So for this value, there are four collectible positions. The 12c had the imprints in the top centre of the sheet, so that there are only two collectible plate blocks for this value. Finally, the 20c had the imprints in the top centre and upper right corner of the sheet, so that again, there are four collectible positions of this value. The upper left blocks of the 5c are typically collected as blocks of 10, while the upper rights are blocks of 8. On the other values, they are usually collected as blocks of 6, except for the upper right positions of the 20c, which are collected as blocks of 4.
Proof Material Those considering specialization and looking for a challenge will be pleased to know that this issue has no fewer than 24 known proof items. They are all a bit more expensive on average than similar items from the Confederation Issue, ranging from $200-$4,000 each. So you could spend a log time trying to locate all of them, and expect to face competition on the auction room floor. The BNA Proofs website whose link is provided below, has an excellent listing of all the known items, with the known quantities
http://www.bnaproofs.com/can-hist.html
To summarize, the known proof material consists of: 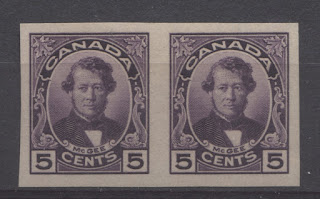 Like the Confederation Issue, all values of this issue exist:


The number of pairs that are estimated to exist of each value are 250 pairs.
Postal History
These stamps were technically replaced by the Scroll Issue, so they are a fairly short lived issue. The official periods of use for each value would be:
The 5c could in theory have been used singly to pay the 5c new airmail rate, which took effect on August 24, 1928, as the 5c Airmail stamp did not appear until September 21, 1928, and the 5c Scroll did not appear until December of that year. However, this stamp is much more commonly found in large used multiples, which suggests they were used in multiples to pay registration and special delivery fees.
The 12c was designed for use on local registered letters, which is indeed how it will usually be found when on cover. The 20c was designed for parcel use of for special delivery use, however it is unusual to find single usages of this value on cover. A worthy challenge is to look for more expensive multiple weight registered covers to locales outside Europe, like Asia and South America.
First day covers are scarce for this issue and highly desirable, listing in Unitrade for a minimum of $150 per cover.


5-Hole OHMS Perfins
All three values can be found with the 5-hole OHMS perfin. As with the Confederation Issue, it may be possible to find up to 8 different orientations of the perfin as well as double perforated varieties. These are all very scarce stamps, so great care has to be taken to watch for forged perfins. Mint examples are almost non-existent as well, so again, if you see a mint example being offered for sale, exercise great care and learn the die characteristics of the genuine 5-hole perfin by looking at a cheaper known genuine stamp like a low value Arch issue from 1930-1931.